It might be early days, but Mikel Arteta’s Arsenal can already lay claim to being one of the most entertaining teams in the Premier League this season. Led by Martin Odegaard, Bukayo Saka, Gabriel Martinelli and Gabriel Jesus, the Gunners are aiming to reclaim their place at the top of English football, putting the barren period of recent seasons behind them.

After getting off to a flyer which, at time of writing, sees them sitting at the top of table with six wins and one loss, let’s take a look at some of the key points which have made Arteta’s team one of the main contenders for the league title this season.

A Team with a Well Defined Offense

It’s not luck or coincidence that have contributed to Arsenal’s early success this season. Starting his fourth season at the helm of the Gunners, Spanish coach Mikel Arteta has formed a young and talented squad of players, and one of their greatest strengths is the quality of their attacking play.

When on the offensive, there are four players that stand out in particular: the Norwegian, Martin Odegaard; the Englishman, Bukayo Saka; and the two Brazilians, Gabriel Jesus and Gabriel Martinelli.

Between these four players, there is enormous scope for interplay which continuously creates chances that Arteta’s team take full advantage of.

Gabriel Martinelli’s one-on-one play in particular stands out, as he is capable of overcoming any opponent, creating space and reaching the box with many players in tow.

The game plan for the Gunners is clear as they consistently allow Martinelli to face off one-on-one against his peers while filling the box with as many players as possible. This pattern has already become a regular sight at Arteta’s Arsenal.

Aware of the chances generated by Martinelli, Arsenal look to the wings to open the field, creating gaps in the defense so the attackers can pick up the ball in space, increasing their chances of scoring.

As can be seen in the image above, another great strength of the Gunners is the synchronisation between full-backs and wingers. There’s always one on the inside and one on the outside, meaning they don’t occupy the same passing lanes.

In the image above, you can clearly see what we spoke about previously. Open the game on the wings and stuff the box with players as close to the opposition goal as possible.

The following image shows the advantages of adding a full-back and winger to the offensive phase. In this example, the winger receives between the lines whilst the full-back pulls the game wide, offering two different passing options.

In this image, we once again see the predominance of play on the wing, with Martinelli open to receive the ball whilst the winger joins the attack on the inside, creating new space. To counteract any possible counterattack in the event of a turnover, the wing at the opposite side is closed to minimise the effects of transition.

Next, we see another example of the connection between full-back and winger. In this case, it’s the full-back that receives the ball and the winger who pushes out. This fluidity is one of the strengths of Arteta’s team.

In these examples, the key offense of Arsenal can be clearly seen: splitting the ball, continuous passing options and loading the area with as many players as possible whilst the opposite side closes into a defensive formation.

So far, we’ve only talked about 4 key players, but we can easily add Ukrainian winger Zinchenko to this group. A player with great tactical prowess and a great reading of the game which allows him to be always well placed. Despite playing on the wings, it’s not uncommon to see him playing in the interior in a way which generates space on the outside.

From this position, Arsenal manages to find space easily and progress from their attacks. Zinchenko not only attacks from the inside, but can also do the same from the outside.

If Gabriel Jesus is the main finisher and Gabriel Martinelli the generator of space, it’s not possible to understand Arsenal's attack without Martin Odegaard. A key player who creates play and moves more freely between the lines. The goal is for him to be a passing option in any area of attack, following the ball and participating continuously.

It could be said that Arsenal are one of the most eye-catching teams in the league at the moment. With a lot of exciting offensive play and a lot of movement in attack, they can effectively score from any position on the field.

This is a young team with plenty of quality and ambition and the ultimate goal is to make up for the ground lost by Arsenal over the last few seasons and put them back into contention, not only in the English league, but also in Europe.

A young team, with plenty of quality and ambition that seeks to recover the space lost in recent years by the Gunner team not only in British football but also in Europe. 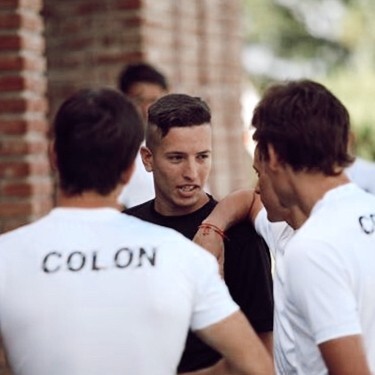