Xavi Hernández is the current favourite to take over the reins at Barcelona. Why? After a brilliant career as a footballer and love for the club, his philosophy breathes Barcelona. He’s also one of the natural successors to the Gurdiola style.

Noone has followed Xavi’s coaching career at Al Saad as closely as KlipDraw collaborator Alex Delmas. In this article, based on a Twitter thread published in October 2020, Alex provides us with an analysis of the Spaniards coaching style and tactics.

It’s little surprise that Xavi’s philosophy mirrors that of Guardiola and Spanish football in general. Passing and possession are the aim of the game here. Tiki taka, if you will.

Xavi looks to utilise the mobility of his players constantly oscillating in triangular formations in attack.

In the rear, defending in the high block and a high degree of organisation are the keys.

Xavi Hernández began structuring Al Sadd in a 4-3-3 formation. A system that was familiar to him throughout his career. However, it evolved to a 3-4-3 with some tactical variations depending on the phase of the game.

As Xavi himself explained in this great interview with The Coaches Voice, one of the midfielders would push out wide to the wings to support the strikers and create a forward line of four, trying to outnumber the opponent.

In this image, we can see how the team unfolds on the field and performs the tactical movements to evolve from a 4-3-3 to the aforementioned 3-4-3.

Where the Al Sadd coach really makes a difference is in his famous ‘squares’. That is to say, the area where Xavi asks his midfielder to position himself. This is where the play evolves. From this position in the opposition’s half where the attack truly begins.

Why? During this evolutionary phase, there is a double objective being pursued. The first is to pin down the opposition midfield and the second is to receive the ball between the lines.

By doing this, the wingers can go as wide as possible, allowing the centre forward to position himself between the two central defenders. This pins the opponent’s rear guard, preventing them from pushing out of the attacking area.

In addition, throughout the field, triangles are formed to facilitate a free man based on the opponent’s movements at all times.

The four man midfield are structured in two positions, either a square or diamond formation. One or two players close the space to receive the short ball, while the remainder position themselves behind the line.

From there, the players create situations where they have numerical superiority, creating their triangles so there is both long and short support. Normally, it is the highest rated player (in the case of Al Sadd, Cazorla) who comes to offer himself short.

Again, we turn to squares. Whether against a four or five-man defense, the square formation marks the attack. It is something that Xavi also mentions in the interview with The Coaches Voice.

Once the team is positioned in the last third of the field, the wingers remain open. They never enter the scoring zone unless they already have the ball. Therefore, it’s the midfielders that set the tone of the positional attack.

The forwards always remain in the scoring zone, or occasionally drop back a little, but always remaining in the centre of the field. Why? The premise is to favour receiving the ball from the midfielders and generate one-on-one situations and creating maximum space for the other centre forward.

The first passing option is always to the centre forward, who receives the ball from behind. The objective is to break through the defensive lines. On the ball, it’s the midfielders that decide how to finish the play, either via a filtered pass, playing one-on-one, a one-two with the striker...or attempting to score themselves.

How do they make this decision? If there is no option to go through the inside, the wingers are activated immediately. This is why the wingers are always expected to be as open as possible.

When the game moves to the wing, the wingers have two options, either they run the ball and take on their opponent’s or switch it to the other winger, who should also be open.

If there is no space to run or switch, they return the ball quickly to the midfield or centre back. From here they reset and start again.

Talent and quick decision making are the core of Xavi’s team.

The Pressuring of Xavi's Team

Xavi Hernández is a coach that understands high pressure is a clear route to regaining possession. His preferred tactic is to invite the opponent to advance to zone 2 where the defense waits for an ambush. Meanwhile the 3 forwards sit high, intelligently placed at different intervals.

At the first sign of the opponent revealing their attacking strategy, the team launches their suffocating pressure. Xavi’s ideology is always the same: defend forward.

Without a doubt, this tactic carries risk. The player who presses leaves his mark which means a teammate has to cover from the rear. They need to press with the same intensity to obtain the suffocating pressure.

Thus, instead of overlapping, the defense will stay in an intermediate space so as to always maintain the last line of defense. This is explained in more detail in the aforementioned Coaches Voice interview.

In the event of the ball returning to the opposition goalkeeper, or if one of their central defenders wants to start the build up, the striker will direct the pressure in such a way that cuts off this route, preventing the opposition from resetting.

So, what happens if the opponent manages to break through these lines of pressure? Well, there is an immediate retreat and Xavi’s team reorganises quickly for defense.

The Catalan coach prefers to defend in a 3-6-1 or 4-5-1. The wingers fall back and take responsibility for covering the wings. The defensive line stays at a medium height, neither in their own area or too high.

Although we could write a full article about Xavi’s strategies for set pieces, let’s just take a broad overview of the topic.

One of his favourite systems for corners is dragging the opponent to the front post and packing players into the space that is freed up.

On the other side of the coin, in defense, Xavi is committed to mixed marking. A player shorter, another on the goal line and no assigned marking.

If you are interested in knowing more about Xavi’s coaching style, which has certainly caught the eye of Barcelona, check out Alex Demas’s YouTube channel for some videos which are thoroughly recommended. 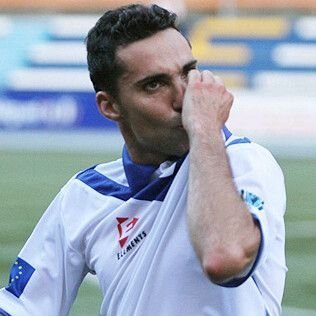